The show has since grown to having up to (or over) 400 standalone arcade and pinball games, along with guest speakers brought in for lectures, more contests/door prizes were included, an extra day was added to the shows, miscellaneous entertainment machines have since been brought in (such as slot machines, music videos, concerts and movie screenings were ran, many vendors have also been added along the years and kickoff parties have been held elsewhere before an expo.

Starting with the November, 2008 show, home gaming consoles were added to the lineup. The Vectrex has been present at several expos since, including the 2019 show.

This expo was held on November 15 - 16 at the Marriott Westchase hotel in Houston.

more to be added

The local to Houston Guru Guys brought in several Vectrexes. Included with the setup was a VecMulti loaded with games, copies of Vector Pilot and Vector Patrol and one of the Vectrexes was adorned with a Vectrexians Vectrex Wrap.

Two Vectrexes along with a 3D0 console (right)

(Slightly different angle, but with a Sega Genesis/32X/CD player [at left])

A Vectrex with Vector Patrol, Vector Pilot and a VecMulti 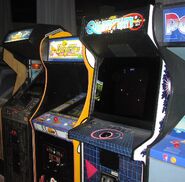 Add a photo to this gallery

From left to right, a PS2, Atari 800XL and Commodore 64 computer 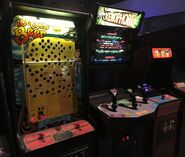 A Megatouch console (left) with an Intellivision and Sega Genesis

Sign announcing the pinball tournament
Add a photo to this gallery 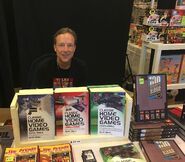 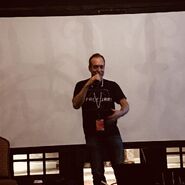 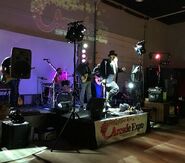 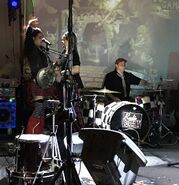 Most members of Radio Cult preparing for their show

Front shot of the Viper

A H. A. A. G. lanyard/weekend pass (left) with promotional "light saber"
Add a photo to this gallery

Retrieved from "https://vectrex.fandom.com/wiki/H._A._A._G._2019_expo?oldid=8022"
Community content is available under CC-BY-SA unless otherwise noted.