Pac-Man is one of the most successful video games of all time, starting out as an arcade game in Japan called Puck-Man (and released in other countries as Pac-Man). It spawned several sequels and was ported around to many platforms, along with still being available in modern day gaming devices and streaming services. There have also been countless clones released as well since the original Pac-Man debuted (one being Clean Sweep for the Vectrex).

The Atari 7800 was a home gaming system released in 1986. Being unable to gain a very large market share, it was mostly discontinued in 1991 (some products were still being developed until 1993) with less than 75 games released. However, decades later it has enjoyed a modern day homebrew life that has added many more games to its originally small library.

An unlicensed homebrew of Pac-Man was released for the system. Clean Sweep for the 7800 is a hack of Pac-Man, with its graphics being made to somewhat resemble Clean Sweep.

The player(s) control(s) a vacuum in a maze filled with dots. They must gather all dots in a maze in order to advance to the next level. Four "enemies" are also in the maze with the vacuum and will start chasing the player after several seconds; if the player makes contact with any of the enemies, they will lose a vacuum and the game will end when there are no more vacuums in reserve.

There are four energizers in the maze that, when consumed, the player will be able to absorb the enemies for a brief time. The player can also slow down one or more pursuing enemies by taking an escape tunnel located in the middle sides of the maze.

In the area below the enemy pen, a bonus prize can appear for several seconds for up to two times per maze that can be worth up to several thousand points each.

Sprites were changed for the player and enemy characters to resemble those from the original Clean Sweep. The maze was also made green in order to match the original overlay. Being a graphical hack only of Clean Sweep, various play mechanics did not carry over from the game (such as the second vertical escape passageway being included, along with the bank robbers not reemerging from them once they were vacuumed up, plus the player’s vacuum does not grow in size upon gathering bills, nor is it required of the player to deposit the bills into a vault).

The game is for up to two players alternating turns, as well as having several starting points to choose from, being the Teddy Bear (easiest mode of play) to ones based on the prizes, being the Cherries, Strawberry, Orange, Apple, Melon, Galaxian, Bell and Key. Most of these also allow the player the ability to start on the first or second maze of the prize/level setting (i. e. each prize has two screens before changing, hence there is the choice of the Orange 1 or 2 start levels, Melon 1 or 2, etc.).

This is a ROM-only release of the game for use for Atari 7800 flashcarts and emulators only, rather than being released on cartridge. 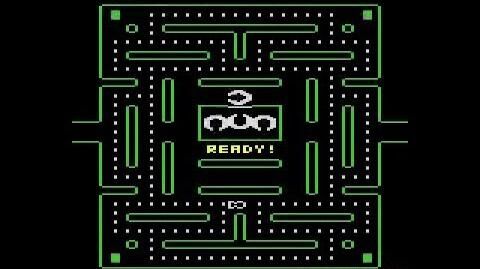 This article was featured from January-February, 2020.

Retrieved from "https://vectrex.fandom.com/wiki/Clean_Sweep_(Atari_7800)?oldid=8072"
Community content is available under CC-BY-SA unless otherwise noted.